I want to tell you a story about Joy.

She’s a 62-year old grandmother who loves her family and loves her grandkids.

And yet, she felt completely dissatisfied with her life.

She had this nagging feeling that she was supposed to be doing something bigger with her life and it was “grating on her like a piece of sand inside the oyster shell.”

Growing up, she’d had so many interests and talents that she’d put on hold for the sake of getting married and having a family. Then, through her adult life, she’d dabbled in various business projects, but mostly as an outlet for her personal creativity.

Now, she had an idea to start a big business, a real business. But she doubted herself. She questioned whether or not she could really do it. Her family doubted her too. They thought it was just another one of her passing interests.

And yet, when she first came to see me, it wasn’t to talk about becoming an entrepreneur, it was out of desperation: She came because she wanted to figure out a solution to her nagging dissatisfaction, which was only made worse because she felt guilty about feeling dissatisfied with her family life.

As we spoke, however, and as I shared with her the meaning of her Birth Card, the Jack of Diamonds, she opened up and confided in me that what she really wanted to do was start a business that would truly help people.

The problem was she didn’t have confidence in herself. She didn’t see herself as the kind of person who could start and run a real business.

That was several years ago.

Now, she’s a CEO running a multi-national business with distribution deals in major retail outlets all over the world including China and Pacific-rim countries.

And when I spoke to her yesterday for our bi-weekly Coaching consultation, the first thing we talked about was her grandkids and how happy she is with her husband and family. Only then did we start talking business.

She gushed about how “all her ducks were lining up in a row,” but how it had been hard work for her to get to this place.

And it was. It was hard work for her to unlearn all the conditioning and programming that had accumulated over the years, all the thoughts and beliefs that covered up and contradicted her primary energy pattern of the Jack of Diamonds (which is the energy of someone who can generate their own business success).

And yet, as she now knows, it’s worth it to invest in that internal excavation work.

Because once we finally start to play our cards right, magic happens. Doors open. The right people show up. Things settle into place. And we satisfy our soul.

In her case, playing her cards right meant starting her own business, or as she says, “stepping into my big girl shoes.”

“I always felt that I could be this way,” she says. “I knew I was meant for this. But as I got older, I wondered: did I miss the boat because I was so busy bringing up my family? When am I going to do this great thing that I always believed I could do?”

And now it’s happening for her.

Simple: I taught her how to play her cards right.

As she continues… “You know, the key to this whole thing has been you teaching me to trust my instincts. Now, when I go to make a decision, I hear you in the back of my mind telling me that the Jack of Diamonds has great business instincts, and I listen, and I trust myself. I never used to trust myself, but now I do.”

“It’s also how I got over my adrenal fatigue. I used to worry so much that it was exhausting. Now I’m decisive and clear. It means I have more brain space to be productive because I’m not bombarded with inner questions. I can get 20x the amount of work done because I’m calm.”

And before we ended our call, she told me how she noticed something interesting about the Forbes list of richest people in the world. She noticed that many of the women who became billionaires did so later in their lives. And she said wistfully, “You know… that could happen to me too.”

Or if you’re ready right now to scratch that itch and step into your own big girl shoes, click here to begin the Life Elevated Coaching Program.

with my utmost devotion to the highest and greatest good that you are,
Alexander 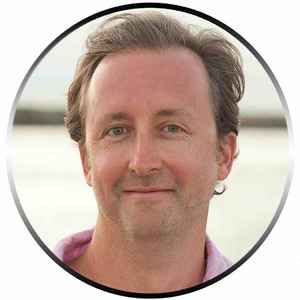