I want to tell you a story about Mitch.

He’s 54 and the co-owner of a boutique creative agency.

He came to me as a coaching client after he’d heard me give a talk at an event.

He said he felt incomplete and unsatisfied with his life.  He hadn’t achieved the success in his career that he felt he should have.

He told me that he would inadvertently sabotage himself by saying the wrong things at the wrong times. And just as he was about to close a big deal, for example, he would shoot himself in the foot.

He had had enough success to support his family well, put both his kids through private schools, and take his family on wonderful vacations.

Still, however, he felt a real sense of lack.  It had been a struggle.  He had regrets.  And he was often secretly depressed.

But he didn’t know how to break these patterns, not for lack of trying.

In fact, over a 20-year period he had been to see three different therapists, two life coaches, and even two spiritual gurus.  But still, he felt incomplete.  And still his business didn’t gain the traction he knew it could.

Over the course of several months of deep coaching work, I helped him identify exactly what was missing.

As an eight year old boy, he had felt different, unaccepted, and unseen. And he carried that inner pattern of insecurity with him even into the corporate boardroom. And despite all the therapeutic work he’d done, he had never actually uncovered the root of this recurring pattern.

The difference, he said, was that with me, he finally felt safe enough to admit what was true.

Then, through healing techniques I learned from Master Shamans, we shifted his inner emotional landscape so that now he does feel connected to the little boy within.

And it has made all the difference for him.

And this self-acceptance and self-assurance has meant that he’s comfortable in his own skin.  He told me he finally feels at ease with himself, after all these years.

It’s like, he says, his life has finally clicked.

And his business has really clicked into gear too. He told me that he now has a steady flow of new customers.

His inner transformation also dramatically improved his relationship with his wife and his children. He said that he feels like the lines of communication are finally open. 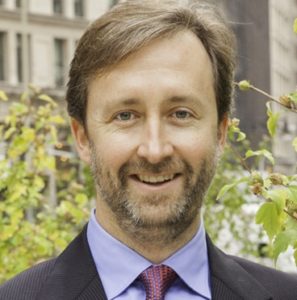