Meet Karen. She’s 52 years old, in a relationship for the past 10 years, and the mother of three grown children.

She runs a division in a large organization, and she wasn’t getting the results she felt she should be getting.

The problem was she kept getting “push-back” from other departments that was blocking her from actually doing her job.

She found it impossible to get “a seat at the table” so that she could get the “buy-in” and “engagement” she needed. She told me that she couldn’t get past the “gatekeepers.”

Just last month, for example, she had a big meeting where she tried unsuccessfully to ask for a project for her team that she knew was right for her team. She was told that “someone else would handle it.” And when she asked if she could at least listen in on the calls, she was blocked from that too.

In despair and frustration, feeling stymied at every turn, she reached out to me for a Soul Attunement consultation.

She’s born to play the 9 of Diamonds. And I explained to her how she personally, based on her cards to play, could best operate and what her best practices should be.

And in that one consultation, she had a massive breakthrough.

She reached out to someone in a different department who had previously blocked her efforts, only this time she approached him completely differently, based on the strategy I taught her to play her cards right. And presto, as if by magic, she got a completely different result. He said “Yes,” and she got what she wanted.

Buoyed by her success, she decided to go big. She called another meeting with the same group of people who had previously told her that “someone else would handle” the project that she wanted.

Nervously, she asked me to help her prep for the meeting. I coached her through it. I helped her format her approach and her strategy — all based on how it would work best for her, based on her cards to play. Which, needless to say, was not how she had previously handled the last meeting.

And presto, as if by magic, at the end of the meeting, they offered her the project. She didn’t even have to ask for it. They gave it to her.

Why? Because she played her cards right.

And when we play our cards right, we are in perfect tune with what is for our highest and best good. And then, all the things that are right for us come to us effortlessly in the game of life.

What that meant for Karen was that, in her own words, she had “revolutionary” success at her job.

So, I’m curious: what results do you want in your life that you don’t have now?

What if I could give you the map that would show you exactly how to get there to get the results you want in your life? Would you want that map? 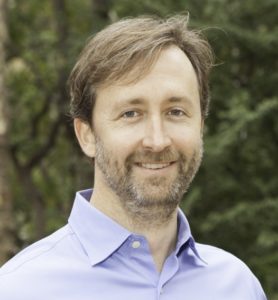