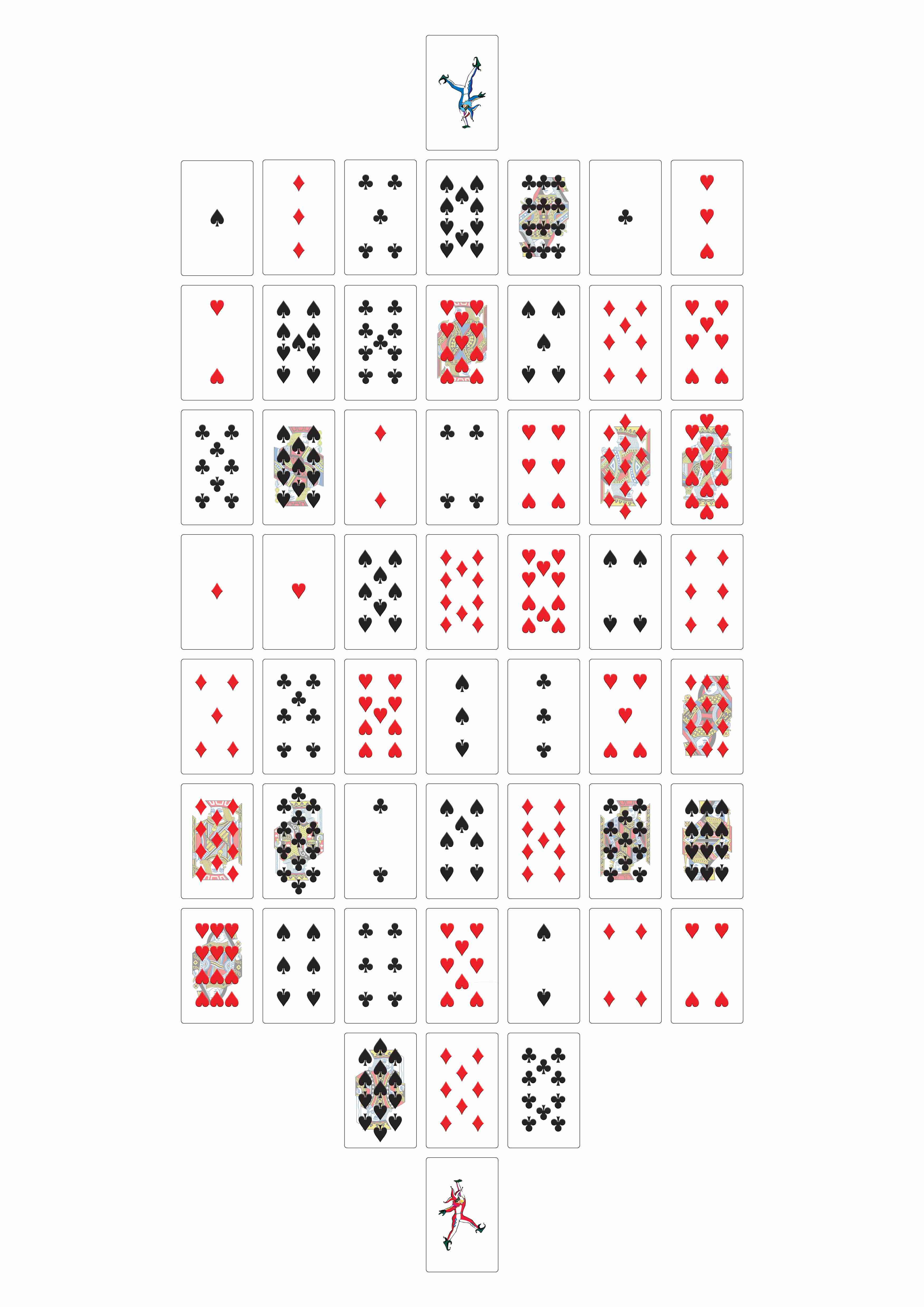 What we have called a deck of playing cards is actually a timeless system of knowledge written in a mathematical, symbolic language.

As far back as we can trace, this knowledge was already present. In early human civilizations, this knowledge was inscribed on clay or stone tablets. Later, this language was inked on loose leaves of papyrus. Then, in 14th century Europe, it was printed on the now familiar cardstock.

This system of knowledge forms a conceptual framework that depicts the mathematical structure of our reality.

Based on the number correspondences, we can see that this “deck of cards” is, in fact, a conceptual representation of the Earth revolving around the Sun.

It thus perfectly represents the holographic deck on which, and in which, we live and move and have our being.

Now, to an ancient mind, a collection of loose leaves could still be considered a book. Recall that books of the bible were unbound scrolls and pieces of parchment. To ourmodern mind, the leaves must be bound to qualify as a book. Not so, in ancient times.

And thus, the 52 + 1 loose leaves of this deck that represent our life upon this Earth were known in ancient esoteric spiritual societies as a book – a book of numbers and symbols representing the mathematical matrix in which we find ourselves. It is a book that represents life, as we know it.

This Deck of 52 is none other than the ancient, fabled Book of Life.

And, there are more than twenty references in our Bible to the Book of Life. It forms the basis of Kabbalah and Hermetic philosophy.

The Biblical writers were well aware of it. There are more than 20 references in the Bible to the Book of Life.

The deck of cards is the Book of Life. It has been hidden in plain sight all this time, which is, of course, the best place to hide anything.

And if you’d like to read more about the Book of Life, I suggest you get a copy of my book: Play Your Cards Right: A Sacred Guide To Life On Earth